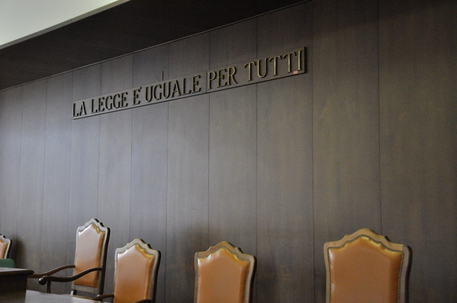 (ANSA) - Turin, November 24 - An Egyptian couple were sentenced to three and a half years in jail Friday for mistreating their female kids. The parents whipped the girls, aged 10 and 18 at the time of the attacks, with electrical cord on their hands and under their feet, tied them to chairs, and forced them to frequent Arabic school and wear the veil.
The children have been sent to a home, and the parents ordered to pay them 10,000 euros each in damages. The case was opened by one of the daughters who confided in a teacher, saying "I'd rather kill myself than go back home". The presiding judge said "in my long experience I have seldom seen such serious cases", and stressed that the parents had never admitted their errors.
The mother was judged to have been complicit in the father's beatings, reporting the children's alleged transgressions to him.