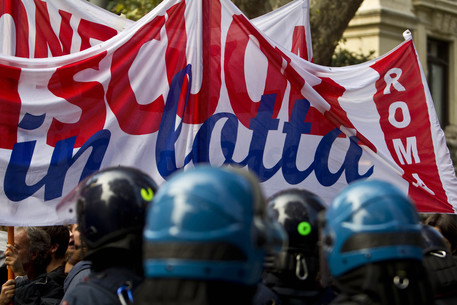 (ANSA) - Rome, November 10 - Three people were slightly hurt as school protesters clashed with police outside the education ministry in Rome Friday.
The 300 or more participants in the demo tried to march down Viale Trastevere to reach the parliament building despite a lack of authorisation, police said.
Two police officers and a demonstrators suffered bruises.
Police said "the action of containment by the police restricted itself to the mere stoppage of movement, without any baton charges".
Demonstrators belonging to the COBAS Scuole and UNICOBAS Scuole unions were said to be moving to parliament square to stage another protest there.