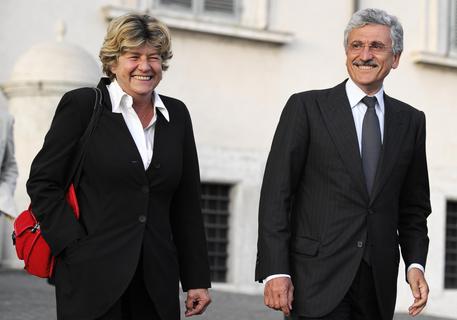 (ANSA) - Naples, November 9 - A group of students and left-wing activists occupied a university building where left-wing politician and former premier Massimo D'Alema and CGIL trades union leader Susanna Camusso were due to speak on Thursday afternoon. Roughly 100 young people occupied the lecture hall at the Federico II University in Naples after a brief scuffle with the police in order to prevent a conference on 'Europe and the crisis of social democracy' from taking place.
"D'Alema cannot come and speak at the university," they shouted.
Camusso, leader of Italy's biggest and most leftwing union CGIL, was reported to have left the building after students told her to "jatevenne" (go away, in Neapolitan dialect).