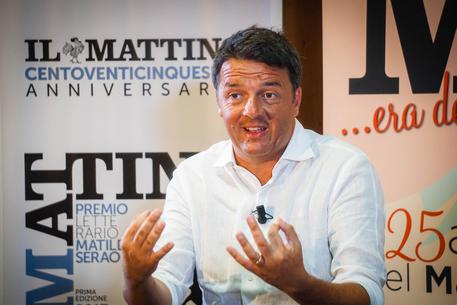 (ANSA) - Rome, November 7 - Democratic Party (PD) leader Matteo Renzi said Tuesday that attempts to get rid of him are set to fail amid debate about whether he should be the centre left's premier candidate after their poor showing in Sunday's regional election in Sicily. "They have been trying to put me on the sidelines for months, but they will not succeed this time either," ex-premier Renzi said in his e-news newsletter regarding the question of whether he should "go to sort out the problems".
"This is not a new thing as they have studied various ways to tell me," he said, referring to the "false evidence" in a corruption probe regarding civil-service procurement agency CONSIP in which his father is probed, among other things.
"They are using every means to get rid of a difficult opponent," he said.
"And that is the aim of those who are against us".
Renzi said the PD was not imposing vetoes on electoral alliances, adding that it could gain 40% of the vote at next year's general election if it stops infighting. "We are already in a coalition," he said in his enews newsletter, referring to the bloc supporting Premier Paolo Gentiloni's executive.
"And we are ready to extend it further to the centre and to our left.
"I agree with the reflections of (Culture Minister) Dario Franceschini on this. We don't have vetoes on anyone. "If the PD does what the PD can do and stops fighting inside itself, together with our travel companions, we can reach the percentage of 40% that we got twice in election campaigns I led - the European elections (in 2014) and the (2016 Constitutional) referendum".