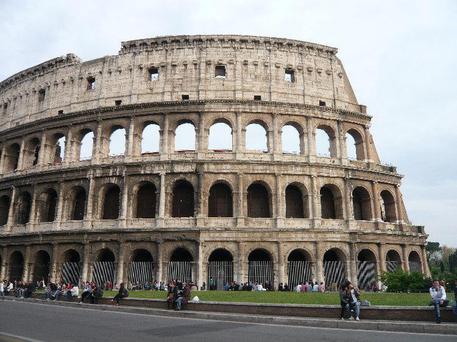 (ANSA) - Rome, November 7 - Rome was the world's 12th most-visited city in 2016, one of four Italian cities in Euromonitor's top 100 city destinations ranking presented on Tuesday at the World Travel Market event in London.
Italy's most-visited cities also included Milan in 27th position, followed by Venice in 38th and Florence in 44th, according to the ranking drafted by the leading market research provider.
Hong Kong conquered the top spot with 26.5 million visitors in 2016, followed by Bangkok and London.
Although no Italian city won one of the top 10 spots and Rome received less than half of London's international arrivals, Italy was the European country with the highest number of cities in the ranking.
The other top 10 most-visited city destinations included Singapore in fourth position, followed by Macau, Dubai, Paris, New York, Shenzhen and Kuala Lumpur.
London was the European city most visited by international tourists with 19.8 million arrivals last year, the only British city among the 100 top destinations.
Spain's Barcelona, which ranked 23rd and Madrid 39th, attracted a little over 12 million visitors.
In France, Paris and Nice (in 93rd position) attracted 16 million international visitors.
Wouter Geerts, a travel analyst with Euromonitor International, said that "terror attacks in the Middle East and North Africa, in particular in Tunisia and Egypt, as well as in European cities like Paris and Barcelona, have favored the rising number of arrivals in destinations with similar offers, like Greece and Italy".
According to Euromonitor, tourism in Italy will continue to rise with a total of over 60 million international arrivals expected by 2022.
International visitors in Rome are expected to exceed 10 million by 2020, Euromonitor said.
"Italy is one of the most-visited countries in the world by international tourists", said Geerts.
"The number of arrivals in Italian cities is constantly rising as they offer a unique mix of art, wine and food, culture, nature and architecture that attracts tourists from around the world".
"However, the success of a destination also depends on other factors like infrastructures, economic appeal, new technologies and security", he said.