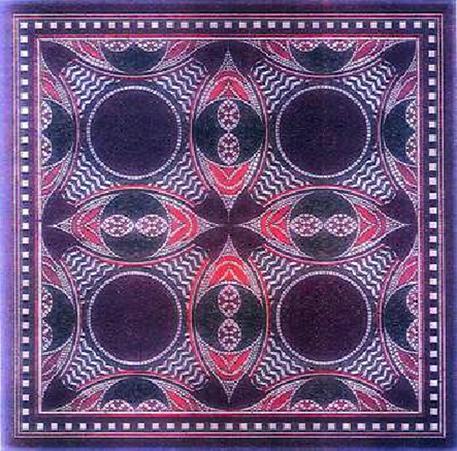 (ANSA) - Rome, October 20 - A precious piece of mosaic flooring from one of the ceremonial ships built by Emperor Caligula to host festivities on Lake Nemi on Friday is being sent back to Italy where it will be returned to Nemi's Naval museum, Culture Minister Dario Franceschini has announced.
The square piece of marble flooring, decorated with a floral motif made of pieces of green and red porphyry, serpentine and molded glass, was discovered at an Italian collector's Park Avenue apartment in New York City.
The mosaic dates back to Caligula's reign, 37-41 A.D., and came from one of three ships built at the volcanic lake.
The mosaic - along with other antiquities including two vases, bronzes, coins and manuscripts - were retrieved thanks to an investigation carried out by the special art unit of the Carabinieri police led by Fabrizio Parrulli and US authorities, Franceschini said.
The 2000-year-old piece of Roman history is particularly important as it was once dredged from the lake outside Rome after laying underwater for centuries and is one of the few pieces left of Caligula's ships. The artwork was allegedly taken from the museum before World War II, according to investigators. Historians believe that Caligula's vessels were used during religious ceremonies.
The ships were over 70-meter-long and were richly decorated with marble, gold and bronze friezes of animals.
The mosaic flying back from the US in particular gives a precious insight into the magnificence of the ship's bridge, which was covered in mosaics.
After Caligula was killed, his ships were sunk, and remained underwater for centuries, despite efforts since the 19th century to recover the treasures. Fascist dictator Benito Mussolini began draining the lake and two vessels were retrieved between 1928 and 1932.
In 1936, the Fascist government built a museum, the Museo delle Navi inaugurated in 1940, to display the artwork.
However, in 1944 an arson attack at the museum, which had been used as a bomb shelter, damaged many of the artifacts.
Only a few decorations survived the fire, while other artifacts were taken away before the war, including the mosaic, according to investigators. Two models representing the vessels are currently exhibited at the museum in Nemi.
The third ship, believed to be the most luxurious of the three, as described by Suetonius in the Lives of the Caesars, was never retrieved.