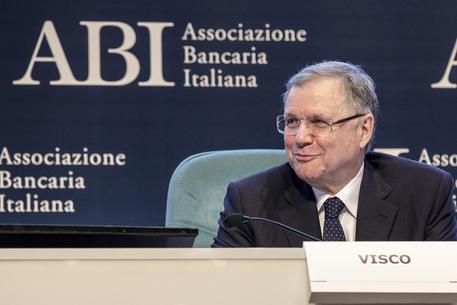 (ANSA) - Rome, October 17 - The Democratic Party (PD) on Tuesday came out against Bank of Italy Governor Ignazio Visco over his handling of Italy's recent banking crisis, saying a "new phase was needed".
A PD motion on the Bank of Italy debated in the Lower House on Tuesday said that the crisis "could have been mitigated with more incisive and rapid prevention and management activity".
It said that the appointment of the governor of the central bank was highly delicate because the effectiveness of the Bank of Italy's oversight activities has been thrown into doubt in recent years by repeated bank crises.
Asked if the motion was against BoI Governor Visco, PD spokesman Matteo Richetti said: "The PD won't go into the person but asks for a new phase for the Bank of Italy. The PD won't go into the merit of a decision that is up to the government and the premier but it can't skirt a judgement and the motion traces the need to mark a new phase. The 'who you do it with' is up to the government".
Consumer group Adusbef, which has been campaigning to get Visco sacked, said "all of the Bank of Italy managers" who handled the crisis should also go.
Anti-euro, anti-migrant Northern League leader Matteo Salvini said "(PD leader and ex-premier Matteo) Renzi should shut up, the PD and the lack of checks are the cause of the Italian banks' disaster".
"Let them all go home, Visco and the government...it's clear that the PD, too, is to blame for the catastrophe and the damage to 300,000 savers".