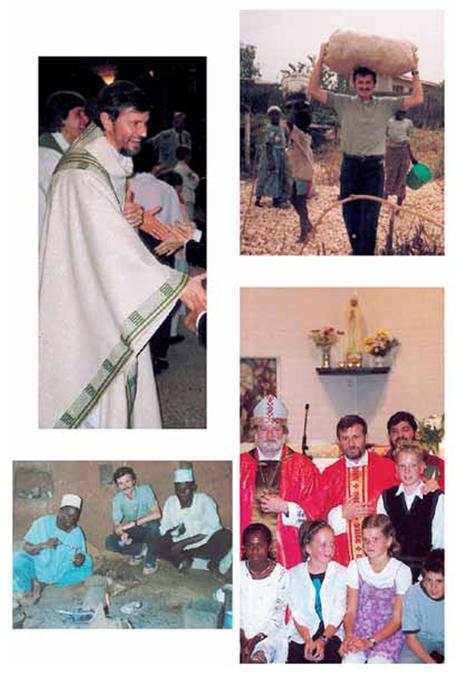 (ANSA) - Rome, October 16 - Father Maurizio Pallù, a 62-year-old Italian priest kidnapped at Benin City in southern Nigeria last week, phoned his mother last night to tell he was well and would be released "in a few days", Vatican Insider reported Monday. The alleged release has not been officially confirmed. Laura Pallù, 92, made the phone call public during a prayer vigil for her son's release in the parish of Santa Lucia La Sala in northern Florence. Father Pallù, a priest from the Rome diocese, was kidnapped Thursday in Nigeria, sources said Friday, adding that the foreign ministry's crisis unit had already been alerted and the Rome prosecutor's office anti-terror unit has opened a probe.
The foreign ministry said no effort was being spared in the case, in a "dutiful" framework of confidentiality.
Rome prosecutors are investigating a suspected terror crime, judicial sources said. While Islamist terrorists Boko Haram were initially suspected, they have since be all but ruled out.
Sources said the priest, Florence-born Pallu', who will be 63 on Wednesday, was stopped with four other people on his way to Benin City.
They were stopped by an armed group that stole all their belongings and abducted the priest who has been on a mission to Nigeria for three years.
Pallu' graduated in history before setting off as a lay missionary around the world, for 11 years.
In 1988, when his father died, he joined a Rome seminary and in 1991 was ordained as a priest.
Two years later, spent working as a chaplain, he was sent to the Netherlands.
The Rome diocese said it was praying for his liberation.
Florence Archbishop Cardinal Giuseppe Betori said he was following the case with "apprehension" and urged people to pray for Father Pallu', a priest in the