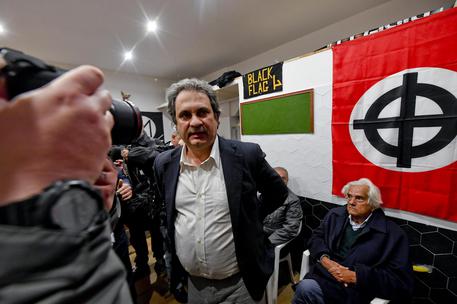 (ANSA) - Rome, October 13 - Rom's police chief on Friday signed a ban on a 'march on Rome' by far-right extraparliamentary group New Force (Forza Nuova, FN) on the anniversary of the 1922 Fascist March on Rome on October 28. The police chief was acting on the instructions of Interior Minister Marco Minniti. FN has vowed to defy the ban and stage what it has called a 'patriots' march" in the Fascist-era EUR district in defence of Italians against migrants. FN leader Roberto Fiore confirmed this Friday, saying that "for a question of principle, we will take to the streets anyway".
He said "we are in a phase of renewed repression, and there will soon come an appeal from figures in the cultural and political worlds, ready to back our actions".
The original March on Rome ushered in the 20-year reign of Fascist dictator Benito Mussolini.