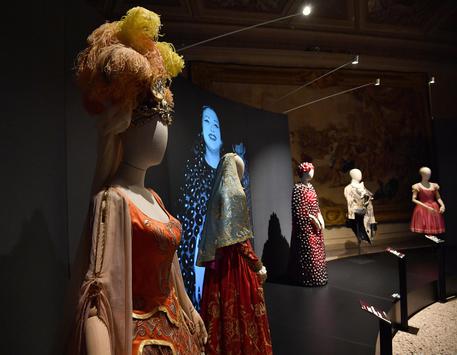 (ANSA) - Milan, October 10 - A free exhibition opening Tuesday at Milan's Palazzo Reale showcases an entire century's worth of costumes from the city's historic La Scala opera house.
The show, which runs through January 28, includes more than 25 costumes spanning nearly 100 years.
The creations on display include some by fashion designers such as Karl Lagerfeld and Gianni Versace, as well as costumes worn by opera divas Maria Callas and Renata Tebaldi and dance legend Rudolf Nureyev.
The Friends of La Scala Association organised the show, following a restoration of the costumes, and in so doing, the association is celebrating its 40th anniversary in collaboration with the City of Milan, the Palazzo Reale, and La Scala opera house.
"The costumes tell the story of the role that La Scala has had as an experimental research centre," said Milan Culture Councillor Filippo Del Corno.
"It's also the story of how the work was directed, by highlighting the extraordinary artisanal quality of the workshops" of the opera house, which created the models, he said. The oldest costume on display is that of Isabella in Rossini's "L'Italiana in Algieri", which was created by Caramba (Luigi Sapelli) in 1933.
Examples by famous fashion designers include Karl Lagerfeld's design for Luca Ronconi's opera "The Trojans" and Gianni Versace's Salome costume for the opera staged by Robert Wilson.
Other costumes in the show include one created by director Franco Zeffirelli for Maria Callas as Donna Fiorilla in Rossini's "Il Turco in Italia" in 1955, which Zeffirelli himself directed.
There are also creations by the Russian designer Alexandre Benois for Italian soprano Renata Tebaldi, such as that for the role of Tatiana in Tchaikovsky's "Eugene Onegin" in 1954.
Ballet costumes include the prince costume worn by Rudolf Nureyev in a 1969 production of The Nutcracker and the red dress designed by Luisa Spinatelli in 1987 for Carla Fracci's performance in "La Fille Mal Gardee".
The most recent costumes are by Maurizio Millenotti for the stepmother and stepsisters in the 2015 production of Cinderella directed by Mauro Bigonzetti.