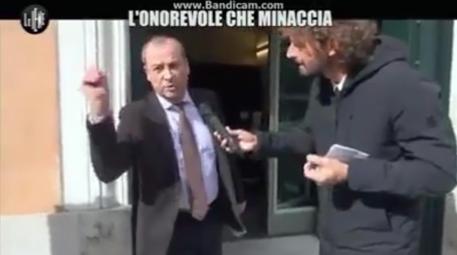 (ANSA) - Rome, October 4 - A satirical TV show's sting revealing that an undersecretary's son was hired without having to work by a party colleague has shown "a disgraceful affair" and an "embarrassing case for everyone involved, House Speaker Laura Boldrini said Wednesday. "It is clear that what emerged from the Le Iene segment is unacceptable, shameful and embarrassing for all," she said, although she indicated she could not take action because it was not the House's responsibility to do so institutionally. Defence Undersecretary Domenico Rossi on Tuesday handed back his portfolio after the TV show showed an MP in his small centrist party, Mario Caruso, had formally hired his son as a favour but the young man doesn't have to turn up to work. The show, Le Iene (Reservoir Dogs), which regularly performs stings on politicians, allegedly also showed that the son's salary came out of his father's pocket.
Rossi called the show's claims "unfounded charges, harmful to my reputation".
photo: a still from the show showing Caruso being interviewed outside the House