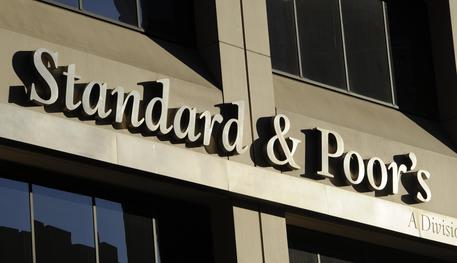 (ANSA) - Trani, September 28 - Standard and Poor's analysts who downgraded Italy's sovereign debt by two notches were "incompetent" and the US ratings agency's CEO and president were "aware" of this, a Trani court said Thursday in its explanation of a March 30 acquittal of S&P and Fitch for market manipulation. At the end of March the court acquitted five Standard & Poor's analysts and managers, and the ratings agency itself, on charges of market manipulation in downgrading debt ratings in 2011-2012 when Italy was on the verge of a Greek-style crisis.
It also acquitted a Fitch analyst.
Prosecutors had asked for a two-year sentence for Deven Sharma, at the time world president of S&P; and three years each for Europe chief Yann Le Pallec and for sovereign debt analysts Eileen Zhang, Franklin Crawford Gill and Moritz Kraemer.
Prosecutors had also requested a fine of 4.6 million euros.
S&P and its analysts and managers had been accused of market manipulation after downgrading the sovereign debt ratings of Italy and other European countries, sparking market turbulence.
"Finally justice has been done," S&P said in a statement.
The court also acquitted Fitch analyst David Michael Willmoth Riley, at the time head of the London office of the Fitch ratings agency, of market manipulation in downgrading Italy's sovereign debt.
Prosecutors had asked for a prison term of nine months.
"The charges have been recognised as groundless," Fitch said in a statement.
Prosecutors said they had no comment on the sentence.
Elvira Savino, a member of former premier Silvio Berlusconi's Forza Italia party, said "if manipulating the spread, speculating on the public accounts of a State to subvert the democratically elected government is not considered a crime, then there is no democracy any more".
"If international finance is more important than the sovereign people then it means that money counts more than votes.
"In absolving the ratings agency, democracy has been condemned".
Berlusconi's third and final government was forced to quit in late 2011 as the spread between Italian and German 10-year bonds soared over 500 points amid market fears of a Greek-style debacle.