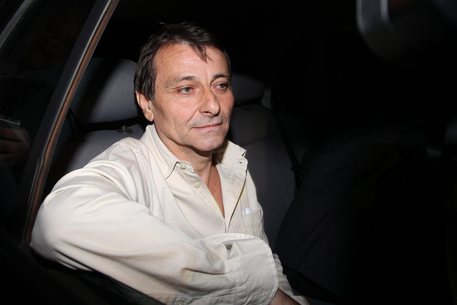 (ANSA) - Rio de Janeiro, September 25 - The Italian government has asked Brazil to review the status of political refugee granted Italian former leftist militant Cesare Battisti under the Lula government in 2010, Brazilian daily O Globo said Monday, saying the request had been sent "in a confidential manner". The daily said the request has been subjected to a preliminary technical analysis and has been endorsed by two ministers in President Michel Temer's government.
From a legal standpoint, O Globo said, the Brazilian government has found a precedent in a 1969 supreme court ruling.
On the basis of that ruling, the paper said, "the administration can quash its acts" over a technicality or revoke them "for reasons of convenience and opportunity".
Therefore, the daily said, Lula's no to extradition could be reversed by Temer.
But the president is currently disinclined to take up the Battisti case, O Globo said. Justice Minister Andrea Orlando has said Italy wants the former terrorist back to serve two life terms for four murders in the 1970s 'Years of Lead'.
Italy has the "clear political will" to bring Battisti back, Orlando has said.
Battisti, 63, was arrested in Brazil in April 2007, some five years after he had fled to that country with the help of false documents to avoid extradition to Italy from France after the end of the Mitterrand doctrine which gave sanctuary to fugitive leftist guerrillas.
He had lived in France for 15 years and become a successful writer of crime novels.
In January 2009 the Brazilian justice ministry granted Battisti political asylum on the grounds that he would face "political persecution" in Italy.
Then in one of his last acts in office, former Brazilian president Luiz Inacio Lula Da Silva declined Rome's request to extradite Battisti in December 2010, sparking outrage in Italy.
The families of Battisti's four victims have been lobbying hard for Italy to try to overturn Lula's ruling.
Alberto Torregiani, son of a Milanese jeweler, Pierluigi Torregiani, gunned down by Battisti's leftist militant group in 1979, said: "those politicians and judges should be hauled onto a plane and brought to Italy to understand the nonsense they have said".
Torregiani, left wheelchair-bound by the attack at the age of 13, said he was "angry and upset" at the news and reiterated he would try to organise street protests with the other relatives - something he has since done.
Alessandro Santoro, the son of a prison guard, Antonio Santoro, shot dead in Udine in 1978, said he was "very bitter for us and all the other families who have suffered for so long only to see ourselves humiliated yet again".
The relatives of the other two victims in 1978 and 1979, Milan security police officer Andrea Campagna and Mestre butcher Lino Sabbadin, also expressed their unhappiness with Lula's decision.
Sabbadin's son Adriano branded Lula "an accomplice" of Battisti's.
photo: Battisti in Brasilia in 2011