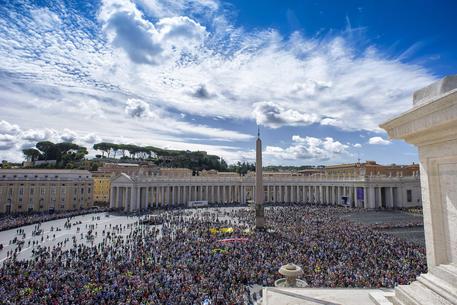 (ANSA) - Vatican City, September 21 - The Vatican's Gendarmeria have moved on the homeless people who sleep rough around St Peter's Square, ANSA sources said Thursday. However, the homeless will be able to keep sleeping in the area at night, the sources said. The move is designed to restore decorum to the area, which has been hit by scenes of degradation recently, at least during the daytime. Pope Francis, who had bathrooms and showers put in the area for the homeless, has been informed of the move, the sources said. Many homeless set up bivouacs in the area and local police have reported frequent brawls between people there.
A photo of a homeless person urinating under Gian Lorenzo Bernini's famous colonnade that was published on the Internet this summer sparked alarm about the situation.