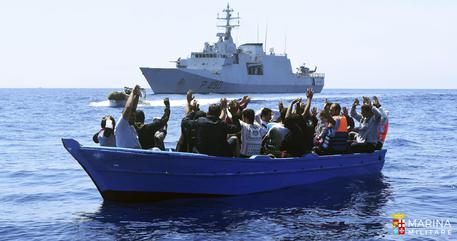 (ANSA) - Brussels, September 6 - European Migration and Home Affairs Commissioner Dimitris Avramopoulos said Wednesday that "there was an 81% fall in (migrant arrivals) in Italy in August with respect to the same month last year". He added that "there was a 66% fall with respect to July".
The huge wave of asylum seekers coming to Italy from North Africa has slowed after Rome launched a mission to support the Libyan coast guard and implemented a code of conduct on NGOs conducting migrant rescues at sea in the southern Mediterranean.
Interior Minister Marco Minniti said Tuesday that it was too soon to say whether the reduction in the number of migrants would last. "We are witnessing a significant reduction in the migrant arrivals but it's a little soon to say whether the drop is structural," Minniti told an event organized by artisans association Confartigianato. He also admitted that "I don't know if I exaggerated" when he said the migrant crisis was putting Italian democracy in peril.