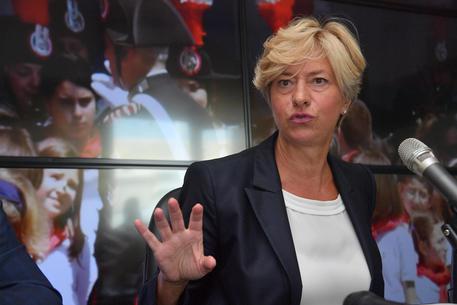 (ANSAmed) - FLORENCE, SEPTEMBER 5 - Italy's military commitment in Libya "is going ahead and proceeding well", Defence Minister Roberta Pinotti said on the sidelines of a debate at the Festa dell'Unità in Florence on Monday. "We are training the Libyan coastguard in the European mission, then there is another Italian mission involving intervention with respect to Libyan navy vessels that are no longer usable to restore them to use," Pinotti said.
This second mission is in response to a "specific request" from Libya, she added.
"Italy has aready reactivated a navy ship and we are reactivating a second: there is an atmosphere of excellent cooperation," the minister said. Meanwhile French Foreign Minister Jean-Yves Le Drian travelled to Libya on Monday to support implementation of the commitments made by the head of the Libyan unity government Fayez Serraj and the national army commander Khalifa Haftar at a summit near Paris at the end of July to respect the ceasefire and work together to organise elections "as soon as possible". The agreement sponsored by the French President Emmanuel Macron does not however include the other Libyan factions and many western countries including Italy have insisted on the need for a broader mechanism under the auspices of the UN. (ANSAmed).