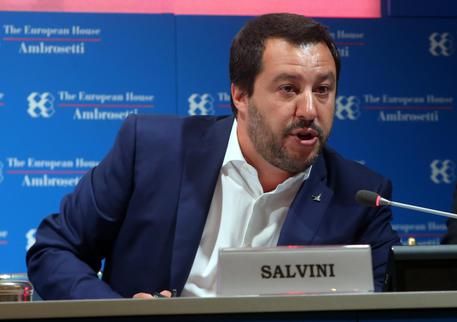 (ANSA) - Rome, September 4 - Northern League (LN) leader Matteo Salvini said Monday that the centre right can win next year's general election if Forza Italia (FI) chief Silvio Berlusconi pushes for a return of the Mattarellum election law.
"Berlusconi says that he wants to win and believes in the unity of the centre right. I make an appeal to him - go from words to deeds and support a majoritarian model like the Mattarellum and convince (Democratic Party leader Matteo) Renzi that it will be chaos with proportional representation," Salvini told ANSA. There are fears the next Italian general election may be inconclusive with the current systems for the Lower House and the Senate.
The Mattarellum was approved in 1993 and was in force until it was abolished in 2005.