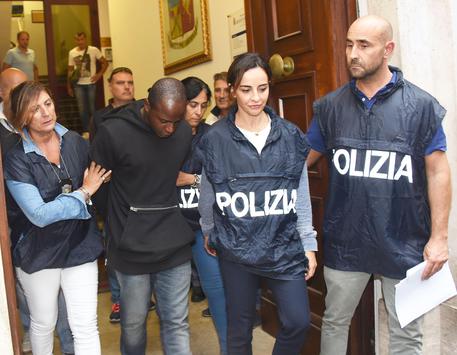 (ANSA) - Rome, September 4 - Poland's Deputy Justice Minister Patryk Jaki said Monday that Warsaw will seek the extradition from Italy of four people arrested for the gang rape of a Polish woman on a beach in the Italian seaside resort of Rimini. On Sunday Italian police arrested a 20-year-old Congelese asylum seeker suspected of being the head of gang that conducted rapes in the Italian seaside resort of Rimini. Guerlin Butungu, 20, is suspected of heading the group that raped a Polish tourist on a beach last month after brutally beating her partner and then raping a Peruvian woman a little later. Three other members of the gang, all minors, have also been arrested in relation to a case that has shocked the nation.
Butungu, who arrived in Italy in 2015 after being rescued at sea, denied involvement when questioned by investigators He was captured on a train on Sunday and a judge is set to rule whether to validate the arrest on Monday.
A Bologna prosecutor will request jail for the three minors suspected of being part of the gang at a separate hearing on Tuesday, sources said. The suspects, two Moroccan brothers aged 15 and 17 and a 16-year-old Nigerian, are currently being detained at a reception centre.