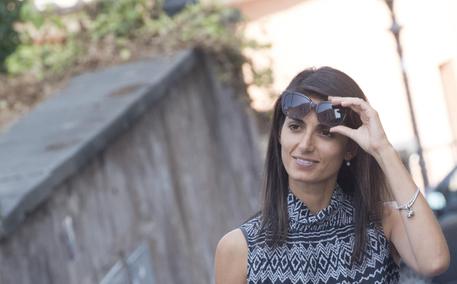 (ANSA) - Rome, August 30 - Rome Mayor Virginia Raggi said after a meeting on evictions and the city's housing crisis Wednesday that "the positon of the city council is very clear, we must give priority in the housing emergency to those who have been waiting for a home for decades".
Raggi was greeted by women from the pro-squatting Movement for the Struggle for Housing who shouted at her: "We're all fragile, we've got nothing, the poor are all fragile. Shame (on you)." Last week police evicted hundreds of Eritrean refugees and asylum seekers from a building near Termini Station they had been squatting in for years.
The migrants clashed with police when they were cleared out of a nearby square, where they had camped for four days.
Aid agencies and leftwing politicians said the migrants should not have been evicted, and subsequently moved on, without alternative lodging being provided.
The migrants reportedly refused lodgings outside Rome because it would have meant moving their children out of schools and being split up.
Authorities have said they will properties seized from the mafia available to evicted squatters.
Italians on housing lists for years regularly claim migrants are being jumped past them.