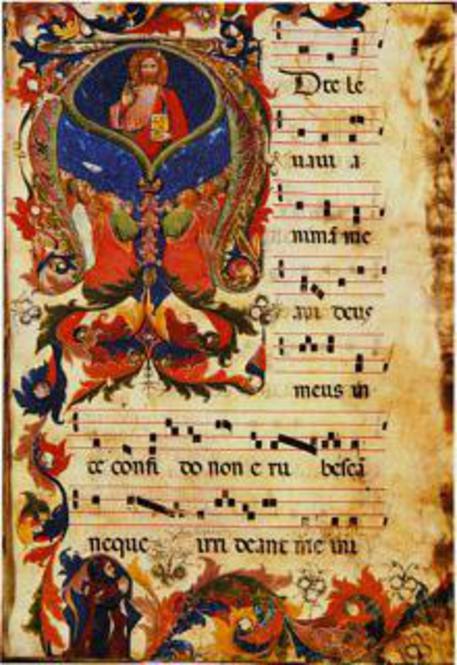 (by Daniela Giammusso).
(ANSA) - Rome, July 31 - Preparations are underway at the historic Capitolare Library in Verona for the 1,500th anniversary on Tuesday of the precious Ursicino Code, the document behind its claim to be the oldest in the world.
"The code takes its name from the Amanuensis friar who transcribed the life of St Paul of Thebes and St Martin of Tours, written by Sulpitius Severus in the fourth century," Library Prefect Bruno Fasani told ANSA. The parchment manuscript contains the first semi-uncial characters and touching scenes such as 'the dialogue between St Martin and the Devil' describing the Father's mercy towards his sinful Son. Upon completing his task, Ursicino did not adhere to the practice of the time and dated the tome. "This code was completed in Verona on August 1, when the illustrious Agapito was consul, during the tenth proclamation, by Ursicino, reader of the Veronese church," he wrote. This dates it to August 1, 517. "The code, renowned throughout the world, is therefore extremely valuable not only for its content, but also because it attests to the fact that a scriptorium already existed in Verona in that period, probably dating to the previous century if not the end of the 4th century, and which produced various kinds of texts," Fasani continued.
"This is why it is legitimate to claim that Verona's Capitolare Library is the oldest existing library in the world," he added.
It predates the library at the St Catherine's Monastery in Egypt's Sinai Peninsula (6th century), the abbey library of St Gaul and the Salzburg library (7th-8th centuries). Charlemagne sent his son Pepin to study here, and Dante Alighieri and Francesco Petrarch subsequently also frequented it. Today, the Capitolare Library contains over 1,200 manuscripts, 245 incunabula, 2,500 16th-century volumes, 2,800 17th-century volumes and a further 70,000 books. "We have digitized them for academics, but people come from all over the world to see the originals, including President (Sergio) Mattarella and (Giorgio) Napolitano and Pope Benedict XVI and John Paul II," Fasani said. The Gaius Codex, the only existing transcript of ancient Roman law, the Veronese Riddle, the most ancient code XXVIII of St Augustine's De Civitate Dei are among the other important works also conserved in the library.
The aim now is to open it up to the public as a museum.
To this end, a crowdfunding campaign will be launched in September and the first exhibition on Medieval writing is planned for the end of the year.