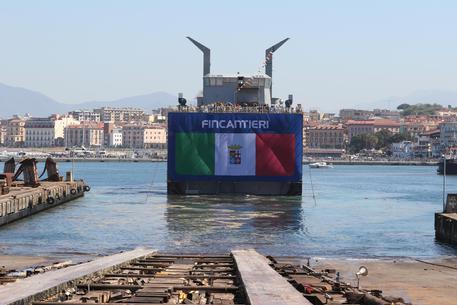 (ANSA) - Paris, July 28 - Economy Minister Pier Carlo Padoan has described the French government's decision to exercise pre-emption rights on the stock of the STX shipyard to prevent a takeover by Italy's Fincantieri as "unacceptable". In an interview with daily newspaper Les Echos, Padoan said the move suggested there was a "lack of trust in Italian partners". "I take note with regret of the fact that agreements with the previous French government have been repudiated by the new one," he continued. "Frankly, we don't understand why". French Economy Minister Bruno Le Maire announced the move on Thursday after State-controlled Italian company rejected Paris's call to divide STX's capital 50-50. Fincantieri agreed earlier this year to buy 66.6% of STX France from South Korea's STX Offshore and Shipbuilding in a deal approved by the former administration of François Hollande.