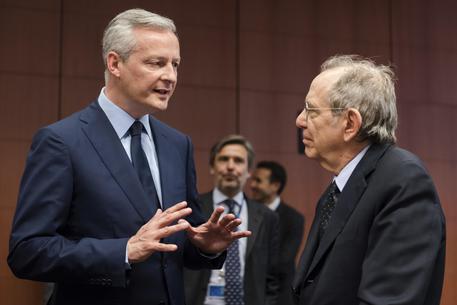 (ANSA) - Rome, July 26 - Economy Minister Pier Carlo Padoan said Wednesday that Rome was willing to listen to the French government's demands for changes to Fincantieri's investment in STX but stressed that the Italian company should have control.
"The current French executive has decided to cancel the agreements previously made on Fincantieri's presence in STX," a statement said. "We have expressed our willingness to listen to the demands of the new government, but there is no reason for Fincantieri to renounce a majority stake and control of the French company". Shares in Italian group Fincantieri fell by 12% to 0.92 euros in early trading on Wednesday as tensions between Italy and France over the ownership of the STX shipyard escalated.
Fincantieri CEO Giuseppe Bono said the acquisition of STX France represented an "industrial objective and not a political one", adding that the Italian group had Rome's backing in negotiations over the shipyard. Fincantieri in May bought 66.6% of STX France from South Korea's STX Offshore and Shipbuilding as part of bankruptcy proceedings but on Wednesday France's Economy Minister Bruno Le Maire said the French cabinet would exercise its pre-emption rights to buy off the shipyard if Fincantieri did not accept a French offer to divide STX's capital 50-50.