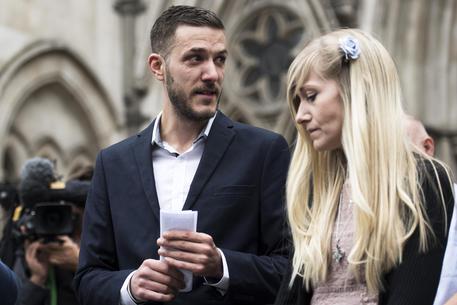 (ANSA) - Rome, July 25 - Mariella Enoc, president of Rome's Bambino Gesù children's hospital, said Tuesday that Charlie Gard's therapy would not have been suspended if he had been at the Vatican-owned structure. "I don't know why the English hospital decided to suspend the child's treatments," Enoc told a news conference. "I know that here with us this would not have happened... I don't know if it would have been possible to save Charlie, but I do know that lots of time was wasted in legal debates that served for nothing". On Monday the parents of the terminally ill British 11-month-old gave up their legal battle to have their son treated abroad. Earlier in July, UK Foreign Secretary Boris Johnson told Foreign Minister Angelino Alfano that legal reasons prevented Britain from allowing the family to take up an offer from Bambino Gesu' hospital to try to cure the child.
The hospital had offered to help Gard's mother Connie Yates and her husband Chris Gard after Pope Francis said treatment should be provided "until the end" "The experimental therapy could have been an opportunity for Charlie Gard but it came too late," said Bambino Gesù expert Professor Enrico Silvio Bertini.
"Unfortunately, it has emerged that it is impossible to start the experimental therapeutic plan in the light of the clinical evaluation... because of the seriously compromised condition of little Charlie's muscle tissue," said Bertini, the head of Bambino Gesù's muscular and neurodegenerative illnesses department.