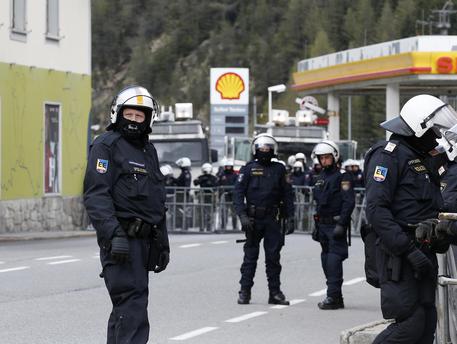 (ANSA) - Rome, July 18 - Deputy Foreign Minister Mario Giro said Tuesday that Italy had "no intention of conducting unilateral moves" on the migrant crisis and said that Vienna should "tone things down". Austrian Interior Minister Wolfgang Sobotka was quoted by Bild as saying Tuesday that Vienna was ready to close its border with Italy at the Brenner Pass within a day if migrant arrivals get too high. The tension comes after the Sunday Times reported Italy was considering giving 200,000 migrants humanitarian visas to travel in Europe - a report denied by Foreign Minister Angelino Alfano.
Giro told ANSA in a telephone conversation that relations between States should not be endangered by "pre-election polemics". Austria is holding elections on October 16. He described the threat to close the Brenner Pass as "surreal".
"There is no increase in the number of migrants, as they have said themselves several times," Giro told ANSA. Italy has requested more help from its EU partners, saying its ability to cope with the Mediterranean asylum-seeker crisis is at the limit.
It has proposed taking asylum seekers saved in the southern Mediterranean to ports in other EU states, not just Italy, but the idea has not won backing from other countries. At the weekend the European Commission and EU border agency Frontex approved a code of conduct drafted by Italy for ships run by non-governmental organisations rescuing migrants in the central Mediterranean off Libya. The code of conduct sets 11 rules. These include a ban on phoning "to facilitate the departure of boats carrying migrants", the obligation to allow police aboard and a requirement to have a technical certification to carry out rescues. Those who refuse to sign the code may not get authorisation to access Italian ports.
The first rule is the "absolute prohibition" for humanitarian ships to enter Libyan waters, which can only be reached "if there is a clear danger for human life at sea".
UNICEF said Monday the new code would endanger "very many lives, especially of children".