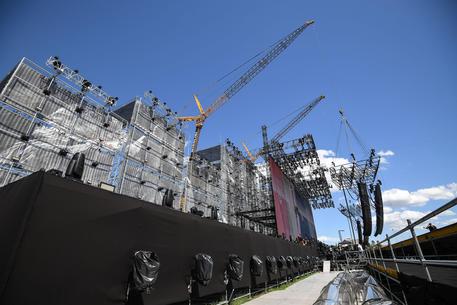 (ANSA) - Modena, June 30 - Rock star Vasco Rossi, 65, has said his concert Saturday in Modena to celebrate a 40-year-long career will be a "party against fear".
"We will not change our habits - the enemy is fear and we are not afraid," the rocker said Thursday night during a sound-check event at the Modena Park ahead of the concert, which is expected to attract a record 220,000 people.
Some 10,000 fans gathered for the Thursday event, the general rehearsal ahead of Saturday's concert celebrating the rock star's "first 40 years in music".
Twenty-two people died and 116 were injured in attack at an Ariana Grande concert at the Manchester Arena in May - one of the latest in a number of terror attacks that have rocked Great Britain and Europe.