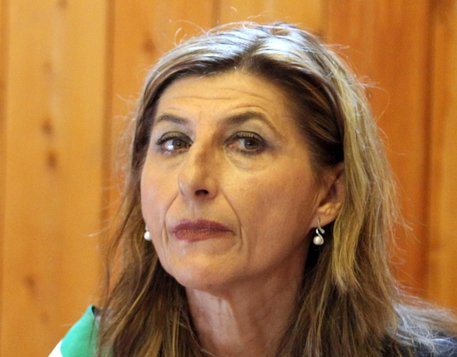 (ANSA) - Lampedusa, June 12 - UNESCO peace prize winner Giusi Nicolini is no longer the mayor of the southern Italian island of Lampedusa. Lampedusa is a stepping-stone island, nearer Africa than Sicily, where most of the asylum seekers who make the desperate passage across the Mediterranean from Libya land.
Earlier this year Nicolini received UNESCO's Houphouet-Boigny peace prize for her "great humanity and constant commitment in the management of the refugee crisis and their integration after the arrival of thousands of refugees on the coasts of Lampedusa and elsewhere in Italy".
But the outgoing mayor, a member of Premier Paolo Gentiloni's centre-left Democratic Party, came only third in Sunday's local elections on the island.
Left-winger Totò Martello, a former mayor, won the election followed by Filippo Mannino of the anti-establishment 5-Star Movement (M5S).