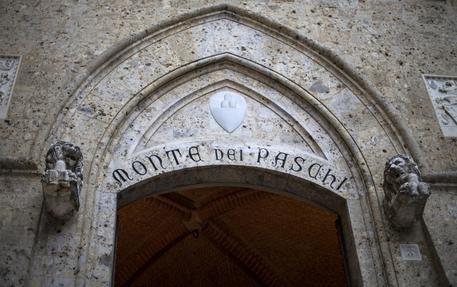 (ANSA) - Brussels, June 1 - European Competition Commissioner Margrethe Vestager on Thursday reached an in-principle deal with Economy Minister Pier Carlo Padoan on a restructuring plan for struggling Monte dei Paschi di Siena (MPS) bank, to permit a precautionary recapitalisation of the Tuscan lender in line with EU rules, the European Commission said.
Also in line with EU rules, some of the costs of restructuring MPS will be borne by shareholders and junior bondholders, the EC said.
Retail bondholders may request compensation in case of misselling, it said, while deposit holder are protected.
Monte dei Paschi di Siena will have its entire portfolio of non-performing loans at market conditions, reducing risks to finances, the Commission said. At the same time, MPS will take a series of measures to substantially boost its efficiency including a ceiling on managers' salaries, equal to 10 times the average salary of MPS staff, the EC said. The in-principle deal reached on MPS between the EU and the Italian Treasury depends on the European Central Bank's (ECB) confirmation that MPS is a solvent bank which respects capital requisites, as well as Italy's obtaining a formal confirmation from private investors that they will take on its portfolio of non-performing loans, the Commission said. Now the EC and the Italian authorities must define the details of MPS's final restructuring plan, including Italy's commitments on implementing the plan. ON this basis, Brussels will adopt a formal decision in line with EU rules on State aid, the EC said.
The EC said the preliminary and provisional deal was reached thanks to "constructive talks with Italy".
Sources in Brussels said that "the financial projections and cost control were the two main talking points" but "all the chapters" in the negotiations "have been closed". As for selling the non-performing loans, the sources said there is already a "high level of tranquility" on the prospect of private investors buying the NPL portfolio, but that in any case the EU prefers to wait for the formalisation of that purchase.
The sources added that a merger with troubled Veneto banks Popolare di Vicenza and Veneto Banca would be "impossible".
"A bank going through restructuring cannot buy other banks or engage in mergers," the sources said.
The provisional deal "will give further confidence to the solutions for banking problems which have very often been exaggerated, and which with today's results will be further taken into consideration and put in perspective," Padoan said. Another "positive consequence" of the in-principal accord, he said, is that "it will put on the credit market a strong, stable and sustainable bank which will give a hand to Italian development over the coming years".
The accord has "resolved all the issues" of the troubled Tuscan lender, Padoan said. "Over time it will require an adjustment on the costs side but it will be able to count on a very strong capital base because at this point MPS is a bank cleaned of its NPLCs, with a capital well over requirements", he said, adding that the Italian State will "remain in the capital for the duration of the restructuring plan but the goal is to remain the least time possible, even less than five years".