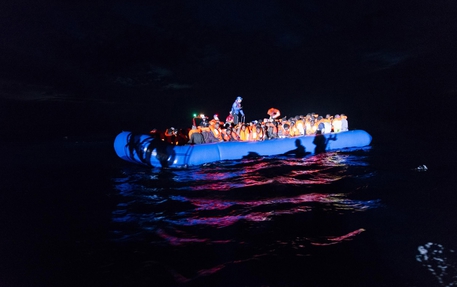 (ANSAmed) - ROME, MAY 18 - Trapani prosecutor Ambrogio Cartosio, who is investiganting against some NGOs working in the Mediterranean on possible charges of aiding and abetting clandestine migration, spoke to Italian MPs on Wednesday. The recently announced inquiry has led to polemics between Italian institutions and NGOs and is ''against specific individuals'', he said. Cartosio said that some of the people onboard the NGO vessels had been aware beforehand of where and when the migrant boats would have been. The prosecutor reiterated that no names of NGOs or details would be given until the investigation was over. Cartosio told the MPs that there was a need to clarify especially the ''state of need'', a mechanism according to which the crime is justified and not punishable if the action saves a life. ''If by state of need we indicate the fact that people are drowning at sea, this is one thing, if instead we mean even cases of individuals detained in Libya, tortured and receiving death threats in Libya, then this is a different sphere that would make the crime unpunishable,'' he said. On the issue of the NGOs' collaboration with police authorities, Cartosio said that the ''organizations have their own ethical code'' with ''an imperative of saving human lives'', and this ''inevitably leads to NGOs needing to not collaborate very willingly with police''.
Even a migrant who ''during the journey decides to steer the boat is liable to charges of aiding and abetting clandestine migration'', which carries a sentence of up to 15 years in prison. This makes it ''difficult for NGOs'', he stressed, who do not want to expose the migrants to such punishments. Migrants in Sicily ''do not come only on Coast Guard or NGO boats'', he said. ''They also come on dinghies, small boats and rafts, clandestinely'' and are not identified, which carries the risk of their becoming victims of exploitation and prostitution.
''They could be used by the mafia,'' Cartosio stressed.
''There is a need for control, otherwise we may end up giving a new 'army' to criminal organizations''. In any case, fighting against migration ''on the judicial and police levels is an illusion'', since the plan ''must be political and supranational''. (ANSAmed).