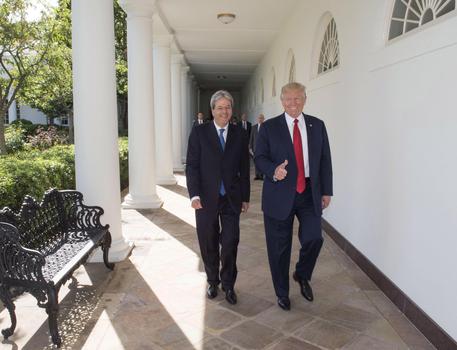 (ANSA) - Rome, April 24 - United States President Donald Trump told Premier Paolo Gentiloni that Italy must 'pay up' over NATO during their meeting last week, according to the full transcript, released Monday, of an interview Trump gave the Associated Press last week. "With the Italian prime minister yesterday, you saw, we were joking, 'Come on, you have to pay up, you have to pay up,'" Trump said, according to the transcript. "He'll pay... He's going to end up paying. But you know, nobody ever asked the question. Nobody asked. Nobody ever asked him to pay up. So it's a different kind of a presidency".