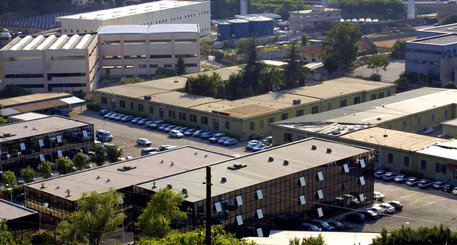 (ANSA) - Strasbourg, April 6 - Italy has admitted its responsibility for police brutality at the Bolzaneto barracks during the Genoa G8 in 2001 and has agreed to pay 45,000 euros each to six citizens for moral and material damages as well as court costs, the European Court of Human Rights said Thursday, in a ruling in which it noted the "amicable resolution between the parties".
The violence and humiliation inflicted on anti-globalisation protesters at the barracks, the HQ of the city's flying squad, was the second of two infamous cases of police brutality during the summit in the northern Italian city.
The first took place at the Diaz school, being used as a billet for protesters.
In the night assault on the Diaz school, hundreds of police attacked about 100 activists and a few journalists, wounding 82 and seriously injuring 61 - three critically and one, British journalist Mark Covell, left in a coma with rib and spinal injuries. Officers planted evidence including two Molotov cocktails and hammers and knives from a nearby construction site to justify the raid.
Amnesty International called the event "the most serious suspension of democratic rights in a Western country since the Second World War".
Later, at the barracks in Bolzaneto, some 252 demonstrators rounded up at the Diaz and another school, the Pascali, said they were spat at, verbally and physically humiliated or threatened with rape while being held.
There have been numerous convictions over the two episodes of brutality, although the national police chief at the time, Gianni De Gennaro, was the only senior officer to be acquitted at the end of the appeals process.
A court found, however, that he had demanded arrests "to redeem the image of the police from charges of inertia".
Irking members of Italy's opposition, he was named the CEO of the State-controlled Italian defence and aerospace contractor Finmeccanica, now called Leonardo.
During the 2001 G8, one protester was shot dead while attacking a Carabinieri policeman, shops and businesses were ransacked, and hundreds of people injured in clashes between police and demonstrators.
The Council of Europe last month urged Italy to pass a torture law to deal with such episodes of brutality.