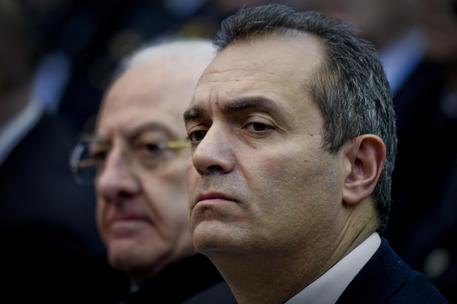 (ANSA) - Naples, March 31 - Naples Mayor Luigi de Magistris on Friday blasted Campania Governor Vincenzo De Luca over comments picked up off-air by a local media organization in which the regional head was critical of the first citizen.
In the comments recorded by OmniNapoli, De Luca talks to Democratic Party (PD) lawmaker Leonardo Impegno about a conversation he said he had with Naples' new police chief Antonio De Iesu.
De Luca reported De Iesu as saying that de Magistris has changed little in the city and administered it "like a madman".
"De Luca's words are unequivocal," said de Magistris, a former magistrate.
"There is the confession, the proof in that video.
"Finally is it clear who carries out an institutional role in the city with seriousness and dignity and who behaves otherwise".