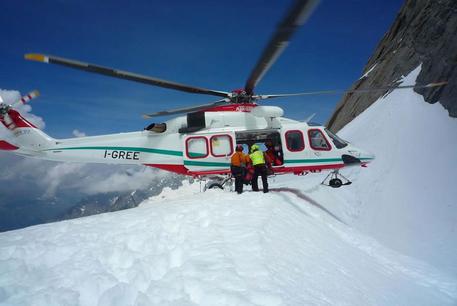 (ANSA) - Aosta, March 2 - Three people are dead and many others are injured, one in an extremely critical condition, after an avalanche hit the Val Veny valley, near Courmayeur, just before 13:00 on Thursday, finance police who are at the scene said. The three victims are an Italian, a Belgian and a German, police said. A total of 18 people were hit by the avalanche, from Italy, Belgium and Germany. The wounded are a man from Alto Adige, a Turin woman, two Belgians and one man in a "desperate" condition who has not yet been identified.

Off-piste skiing is practised in the area of the avalanche, sources said.