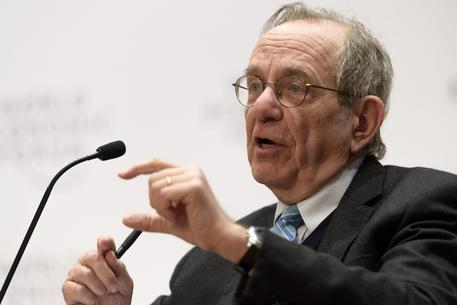 (ANSA) - Rome, February 2 - Economy Minister Pier Carlo Padoan told the Senate on Thursday that it would be a massive blow if the European Commission opens an infringement procedure against Italy over its public finances. "The hypothesis of an infringement procedure is extremely alarming," he said a day after Italy sent its response to a letter from the European Commission letter requesting a budget adjustment. "It would entail a reduction of sovereignty in economic policy and much higher costs for the country's public finance, probably followed by an increase in interest rates". Padoan said that the measures the government is about to pass in response to an EU request for a budget adjustment amount to 0.2% of GDP. He said the adjustment was "indispensable" but stressed that the measures do not amount to a supplementary budget. He said they were "balanced measures, including some of support".
The European Commission expected a "more detailed" response from Italy to its letter, sources said on Thursday.
Premier Paolo Gentiloni echoed Padoan's stance.
Italy is "not in the infringement procedure and we have always decided to respect the rules and not enter into that procedure, in which there are a very large number of European countries," Premier Paolo Gentiloni told a press conference.
"Italy is not part of this group for many reasons linked to the weight of our public debt which forces upon us a policy of structural containment". He added: "I would not describe the so-called procedures for excessive deficit as being placed under administration, while I don't deny the implications". The letter on the 2017 budget sent by Italy to the EU stresses that "Italy respects the rules but without decisions that may have a negative, depressive effect on the economy," Gentiloni said. "It is time, I think all in Europe realise, to accompany growth and therefore take measures in ways and times that allow us to accompany growth and have contrary effects".