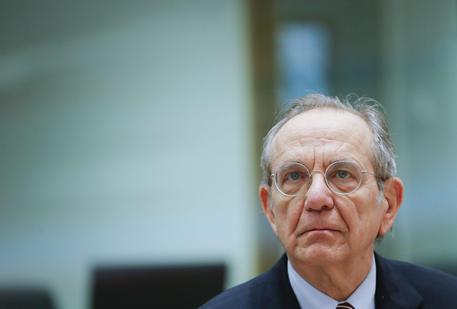 (ANSA) - Brussels, January 27 - Economy Minister Pier Carlo Padoan said Friday that it would be a major setback if the European Commission opens an infringement procedure against Italy over its public finances. "An infringement procedure would be a big problem in terms of the reputation that Italy has constructed," Padoan said.
"It would be a U-turn on what has been constructed up to now". Padoan also stressed, however, that the government's planned spending on the areas of central Italy affected by a recent series of earthquakes will be separate from the measures it will present in its response to the European Commission's request for further reductions in the budget deficit. "The Commission expects a response on February 1 and that response will arrive," Padoan said. The minister added new "concrete measures" for the quake zones will be approved next week "independently of how we will respond to the Commission's request to make an adjustment".
The European Commission expected Italy to make "clear commitments" and "detailed measures" in the letter it will send next month replying to a 0.2% extra budget deficit cut request, Euro Commissioner Valdis Dombrovskis said Friday, replying to a question on what Brussels wants from Italy to avert the opening of an infringement procedure for an excessive deficit-to-GDP ratio.
The centrist AP group, a junior partner in Premier Paolo Gentiloni's coalition government, said Friday that it would not vote for a corrective mini budget to meet European Commission demands for a further reduction in Italy's deficit. "We in the AP are not willing (to accept) any additional budgets requested by the European Union, we will never vote for it," said AP's Lower House whip Maurizio Lupi. "The priority objective set by the Italian (2017) budget law is to finance growth and that should be Europe's main aim too"