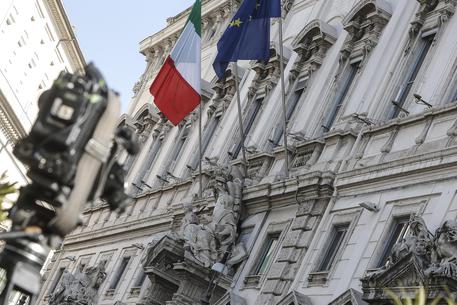 (ANSA) - Rome, January 25 - The Constitutional Court on Wednesday ruled a run-off envisaged in the Italicum election law was illegitimate. It ruled legitimate, on the other hand, a winner's bonus awarded to any party getting more than 40% of votes.
The top court declared illegitimate a part of the Italicum allowing a list head elected in more than one constituency to choose the constituency he wanted to represent.
The election law that emerges after the publication of the Constitutional Court's sentence on the Italicum law will be immediately applicable, the top court said in its ruling.

This prompted the anti-establishment 5-Star Movement (M5S) and the rightist Northern League to demand a snap vote. The ruling centre-left Democratic Party repeated it was in favour of reviving the 75% first-past-the-post Mattarellum law but said there could be a quick vote with the two electoral systems that have emerged from Constitutional Court rulings, the so-called Consultellums and their proportional representation (PR) systems. It said there was no more time to be wasted and urged parties to debate  a new law, saying it was not afraid of fresh elections.

Former premier Silvio Berlusconi's Forza Italia party, which wants a return to  pure PR, came out against a snap vote, stressing that  President Sergio Matterall had urged parliament to get to work on harmonising the electoral systems of the two houses of parliament.