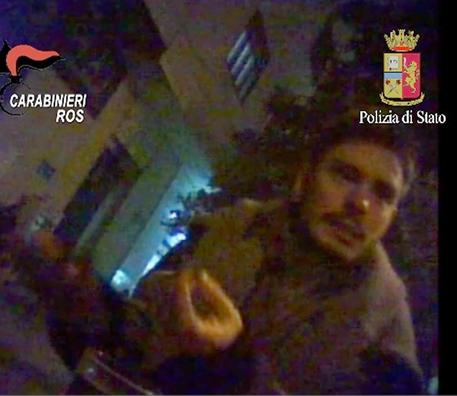 (ANSA) - Rome, January 24 - Giulio Regeni's family said Tuesday, the eve of the anniversary of his disappearance in Cairo, that "we saw and we are seeing all the evil of the world" in the death by torture of their son. "This evil is still revealing itself, slowly," they said in reaffirming their determination to get at the truth about Regeni's abduction, torture and murder. Speaking a day after the broadcast of a secretly filmed video of Regeni being pressured by money by the head of the Egyptian street sellers' union, who reported their son to the police, the family said "it has been an intense, terrible year, a voyage into horror which becomes ever deeper as we get into the details: yes' it's true, we have seen and we are seeing all the evil of the world.
"This evil," they went on, " is continuing to reveal itself slowly, like a ball of wool, but this, as well as being the fruit of constant work by those who are following the investigation, is also the result of the support of all the people in Italy and the world who continue to ask 'truth for Giulio Regeni'.
"A river of affection, a flood that tomorrow we hope will pour into the streets with torches lit for Giulio and for justice for those whose human rights are not respected." "Thank you again," the family concluded, "solidarity is something tangible, human, it is all the good in the world!" an Egyptian TV station on Monday showed a video in which Giulio Regeni, the Italian researcher tortured and murdered in Cairo a year ago, is shown speaking to the president of the Egyptian street sellers' trade union, Mohamed Abdallah.
The video was filmed using a Cairo police micro-camera hidden in one of Abdallah's shirt buttons, sources said.
They said this confirms for investigators the involvement of the police in shooting the video, and that Abdallah agreed to shoot it for them.
In the verbal exchange broadcast by the Sada El Balad TV, Abdallah asks for money to treat his cancer-hit wife and Regeni refuses the request but holds out the prospect of funding a gathering of "information" on the trade union and its "needs".
The video, subsequently posted on Youtube, but broadcast exclusively by Italian daily website Messagero.it, shows the face of Regeni, who is heard speaking in good Arabic answering a man speaking Egyptian who is evidently holding a half-hidden cellphone.
"First video of Regeni with the president of the trade union of the street sellers," reads a caption.
The unionist, among other things, says "my wife has cancer and must have an operation and I have to look for money, it doesn't matter where." Regeni replies: "the money isn't mine. I can't use money for any reason because I'm an academic" When Abdallah insists, the researcher replies that the money "comes via Britain and the Egyptian centre that gives it to the street traders".
"We must try to get ideas and obtain information before the month of March, Regeni says in the video, which lasts 3 minutes 47 seconds.
When asked "what type of information do you want?", the researcher replies: "what is the most important thing for you as regards the trade union and what are the union's needs? "I want information starting from this issue, the most important for us, and ideas can be developed," Regeni says.
Regeni, 28, who disappeared on January 25 2016, the heavily police fifth anniversary of the uprising that toppled former strongman Hosni Mubarak, was doing doctoral research on trade unions, a contentious issue in Egypt.
The Cambridge University PhD student, whose mutilated body was found in a ditch on the road to Alexandria on February 3, was last seen alive walking into a Cairo metro station.
At the weekend Egyptian prosecutors said Italian and German experts could view CCTV footage of Regeni at the station.
Abdallah said last December that he reported Regeni to the interior ministry before he was abducted, because he was allegedly asking questions about national security.
In August the Reuters news agency said Abdallah was likely a police informant on Regeni.
Foreign Minister Angelino Alfano told the House last Wednesday that Italy will only stop when it gets to the truth about Regeni's death.
"We'll continue to follow the path of firmness and cooperation, the effort will continue with the same determination there has been up till now," he said, stressing that "so far the collaboration between Italian prosecutors and the Cairo prosecutor's office has produced fruitful results".
Egypt has denied speculation its security forces, who are frequently accused of brutally repressing opposition, were involved in Regeni's death.
Egyptian and Italian prosecutors have been working on the case together and there has been some recent progress in getting cellphone and other records.
But Italy has yet to send its new ambassador to take up his post in Cairo.
Italy has dismissed several earlier versions of Regeni's death including a car accident, a gay lovers' tiff turned ugly and kidnap for ransom that went wrong.
Egyptian police wiped out the alleged kidnapping gang and said they found Regeni's documents in the home of a relative of the alleged gang leader.
In October President Abdel Fattah el-Sisi said Italy was falsely suspecting Egyptian security forces in the Regeni case because it is heeding "groundless" Egyptian media reports.