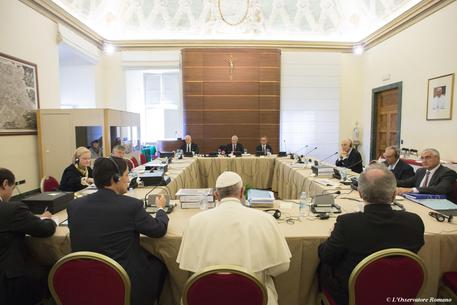 (ANSA) - Rome, January 20 - A Rome prosecutor on Friday asked for sentences of one year in jail for former Vatican Bank (IOR) Director-General Paolo Cipriani and 10 months for his former deputy Massimo Tulli a trial into suspected breaches of Italy's anti-money-laundering norms linked to two suspicious operations that led to the 2010 seizure of 23 million euros, later returned to the Holy See's bank.
The Vatican Bank, or Institute for Religious Works (IOR), operated in Italy without authorization for 40 years, Rome prosecutors say in the case.
Investigators say IOR acted as a bank without central bank authorization until 2011, when the Bank of Italy told credit institutions to consider it a non-EU bank. At that point, IOR moved some of its banking activities to Germany.
However, Italian banks effectively stopped dealing with the IOR in 2010 after the Bank of Italy ordered them to enforce strict anti-money laundering criteria to continue working with it.
From January 1 to February 12, 2013, the Bank of Italy froze all credit card and ATM transactions inside the Vatican City over its failure to fully implement international anti-money laundering standards.
The Council of Europe's Moneyval agency, a monitoring group of financial experts, in 2015 praised the Vatican's progress in trying to get onto the white list of countries with strong credentials on combatting financial crime.
In January 2014, the Vatican Bank resumed normal relations with Italy after implementing moves to prevent money laundering and other financial crimes.
photo: Pope Francis meets with IOR staff in N0vember 2015