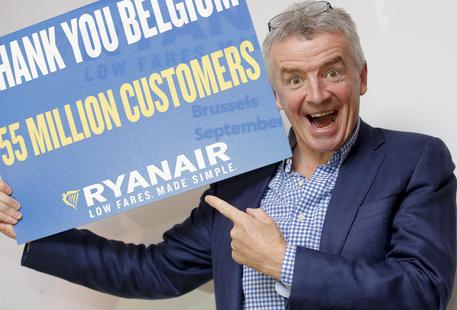 (ANSA) - Rome, December 13 - Irish budget airline Ryanair said Tuesday it will create 3,000 new jobs and launch 61 new routes in Italy next year.
The company said it expects 2017 to be its biggest growth year in Italy "due in large part" to a move by the former Matteo Renzi government to scrap a 2.5-euro airport tax increase.
"The decision by the Renzi government and (Transport Minister Graziano) Delrio to annul the municipal tax increase allows for continued large-scale growth and for Ryanair to carry out planned investments in Italy in 2017," said CEO Michael O'Leary.
"At a time when other airlines are closing bases and cutting routes in Italy, it is important for Ryanair to continue investing and growing traffic, tourism, and jobs".
The airline executive said Ryanair expects its passengers to increase from 32 million to 36 million next year, with a new base in Naples and further investments in other airports such as Milano Bergamo, Milano Malpensa, Verona, and the South.