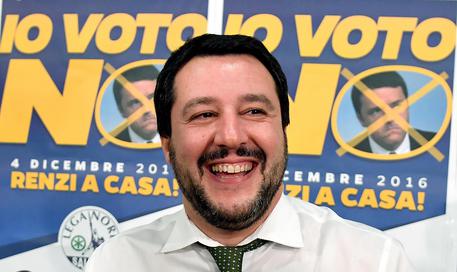 (ANSA) - Milan, December 5 - Northern League leader Matteo Salvini said Monday that he was ready for new elections as soon as possible "with any election law" after Premier Matteo Renzi announced he was quitting following defeat in Sunday's Constitutional referendum. "I don't think Italy can afford months of debate on a new election law," he added when asked about Renzi's call for the No front to propose a new election system.
Premier Silvio Berlusconi's opposition centre-right Forza Italia (FI) party said Monday that the whole of parliament had the job of formulating a proposal for a new election law to replace the Italicum.  "I'd like to say to Renzi that the honour of reform the election law is not down to us, but to the whole parliament, the parties of the ruling majority and the of the opposition," FI Lower House whip Renato Brunetta said.