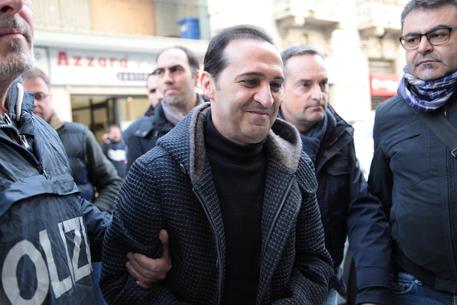 (ANSA) - Rome, December 1 - Police have arrested Marcello Pesce, a top member of Calabria's 'Ndrangheta mafia, in the town of Rosarno, sources said on Thursday. Pesce, who is known as 'U Ballerinu' (the dancer), is believed to be the "strategic leader", police said, of the Pesce clan, one of the most powerful of all, that operates in the Piana di Gioia Tauro area and has offshoots in northern Italy, especially Lombardy. He was wanted for mafia association. Pesce, who had been on the run since 2010, had been sentenced on appeal to 16 years and eight months. He was among the most wanted 'Ndrangheta fugitives.
Among his other activities, Pesce was said to have used a football club to reap "social consensus".