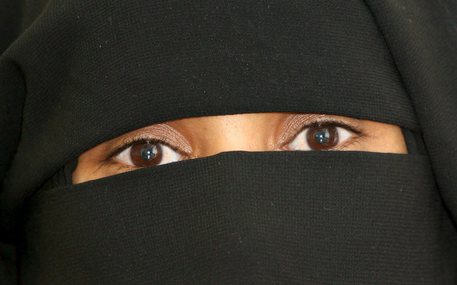 (ANSA) - Pordenone, November 11 - A judge in the northern city of Pordenone on Friday handed a four-month prison sentence to a woman who failed to meet a demand to show her face and identify herself while wearing a niqab in a public building in a nearby town. The judge converted the punishment into a 30,000-euro fine. The incident happened three weeks ago when the 40-year-old woman of Albanian origin entered the town hall of San Vito al Tagliamento, where a council meeting for young people was taking place, wearing a niqab, which covers all the face except for the eyes.
Mayor Antonio Di Bisceglie, a member of Premier Matteo Renzi's centre-left Democratic Party (PD), repeatedly asked the woman to remote the traditional Muslim headgear, but she refused.
The woman, who has lived in San Vito al Tagliamento since 2000 and recently acquired Italian citizenship, was removed from the council assembly by local police, who then identified her.
The woman was found guilty of violating Law 152 of 1975 that regulates people's conduct in public places and features an obligation for it to be possible to recognise someone's face for security reasons.