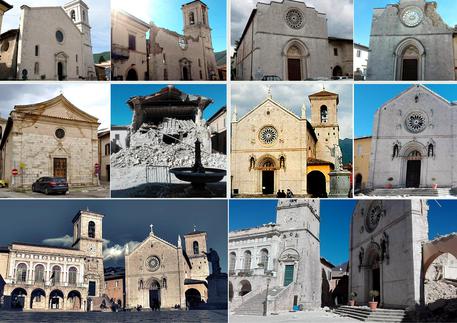 (ANSA) - Rome, November 4 - Catholic priest Giovanni Cavalcoli confirmed on La Zanzara (The Mosquito) talk radio show Friday he believes two devastating earthquakes in central Italy that claimed almost 300 lives were caused by "human sins, such as civil unions" between gays. Italy in May this year passed a law extending to committed gay couples some of the same rights and protections straight married couples currently enjoy. "The Vatican should go over their catechism," the priest added in response to the fact that the Holy See has condemned Cavalcoli's statements, which he aired on Catholic broadcaster Radio Maria.
"They are offensive statements for believers and scandalous for non-believers," Assistant Secretary of State Monsignor Angelo Becciu told ANSA. He said such statements "date back to the pre-Christian era and do not correspond to Church theology, because they are contrary to the vision of God offered to us by Christ". "Christ revealed the face of God as love, not as a capricious and vengeful God," Msgr Becciu said.
"That is a pagan vision, not a Christian one".
He voiced the hope that the quake-stricken population "will forgive us", and sent them the solidarity of Pope Francis. La Zanzara is a talk radio program on Sole 24 Ore business and financial paper's Radio 24.