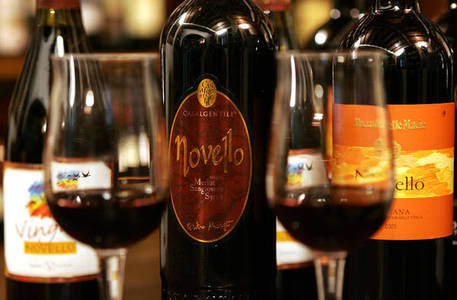 (ANSA) - New York, November 4 - Italy is in first place in 2016 for quantity of wine imported to Canada, with over 50 million liters, and in second after the United States for total value, with over 300 million Canadian dollars' worth of wine imported, according to Italian Ambassador to Canada Gian Lorenzo Cornado, speaking from Montreal on the final stop of the 'Great Tastings in Canada 2016' initiative.
The tour is the Italian Foreign Trade Institute's (ICE) most important event dedicated to Italian wine in Canada, with stops in four cities for a "coast to coast" tour.
After starting in Vancouver on the Pacific Ocean, the tour stopped in Calgary in the province of Alberta, then moved to Toronto and finally Montreal in the country's east, involving thousands of importers, industry journalists and sector opinion leaders.
More than 500 labels were present in the tour, coming from 102 different Italian producers across 14 regions, attracted by a continually growing market.
Cornado said the market is destined to grow, especially in light of the Comprehensive Economic and Trade Agreement (CETA) between the European Union and Canada signed on October 30.
Italian Consul General in Montreal Riccardo Rusconi said that Quebec in particular has a historical propensity for wine culture, especially high-level wines.
That propensity is driving ICE collateral events, such as wine tastings and seminars by Italian enologists to educate young Canadian sommeliers about Italian wine, organised by ICE Toronto Director Pasquale Bova.