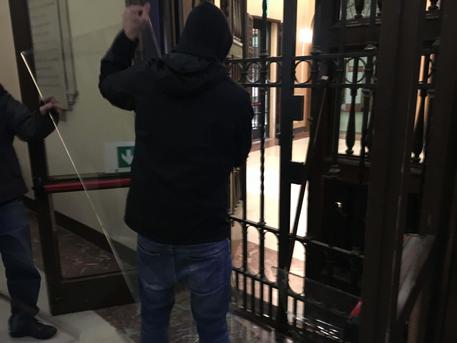 (ANSA) - Bologna, October 25 - Police clashed with protestors on Tuesday outside a university canteen in the city's Piazza Puntoni. The protestors wanted to effect an 'autoriduzione' initiative - an independent price reduction.
Police charged several times when protestors tried to break through a cordon. At least two protestors received treatment for injuries after being hit by batons, sources said. After the clashes a group of protestors burst into a university office and damaged a door.