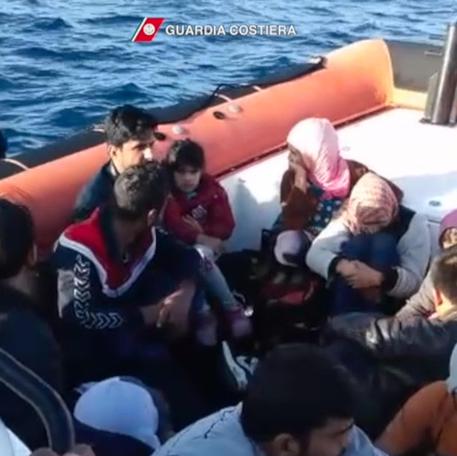 (ANSA) - Rome, October 24 - As many as 153,450 migrants have reached Italy so far this year due to a recent surge, pushing the number 10% higher than it was at the same stage last year, sources said Monday. It is also 1,300 higher than at this time in 2014, which went on to set a year-long record of 170,000 which now looks set to be beaten, the sources said. A further 4,300 migrants and refugees rescued in the last couple of days have not yet reached Italy. In the last three days, rescuers say, more than 12,000 asylum seekers have been rescued in the Strait of Sicily, indicating an increase projected to take the year-end total above 170,000. Migrant departures from Libya towards Italy have surged over the last few months.