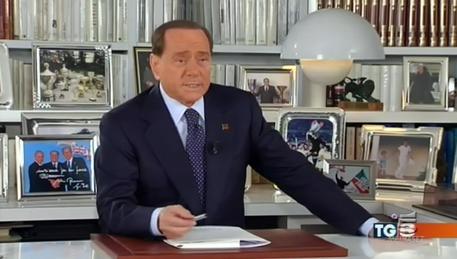 (ANSA) - Rome, October 21 - A referendum No to the government's Constitutional reform December 4 will be a vote against the government of Premier Matteo Renzi, former premier and centre-right Forza Italia party leader Silvio Berlusconi said Friday. "Renzi has turned the referendum into the last chance of relaunching to get the popular legitimation that he has never had," Berlusconi said. "He has turned the referendum into a political clash. The vote for the referendum, by his choice, is also a vote for the government." Berlusconi said a vote on the Renzi government "can only be negative". The reform would overhaul Italy's political machinery, turning the Senate into a leaner regionally based body with fewer lawmaking powers with the aim of making passing legislation cheaper and faster.