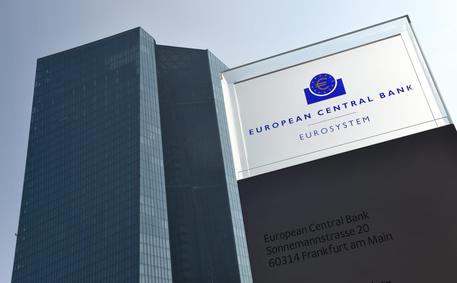 (supersedes previous)(ANSA) - Rome, October 20 - European Central Bank Governor Mario Draghi on Thursday downplayed a decline in loan demand in Italy and Spain. The latest figures indicating businesses are unwilling to take on risk come after "a long sequence of positive data" and the ECB looks at aggregate data rather than single countries, he explained. Draghi added that EU bail-in rules on creditor and shareholder participation in bank rescues are flexible enough to work in various different scenarios.
His remarks came after the ECB confirmed monthly purchases of $80 billion in government paper and said interest rates will remain flat or come lower for a prolonged period. The massive bond-buying or quantitative easing (QE) programme will continue through March 2017 at least, and rates will stay low after it ends, the ECB said. The ECB earlier left rates unchanged, with the principal rate at 0.00%, the bank deposit rate at -0.40% and refinancing rates at 0.25%.
Draghi said eurozone growth is expected to slow down and third-quarter growth will likely be flat compared to the second quarter. The ECB believes "negative interest rates are working", he said. Draghi's bond-buying program - designed to push interest rates down while boosting credit - was launched January 22, 2015, and involved 60 billion euros in monthly bond purchases from across the eurozone. It was originally slated to end in September 2016.