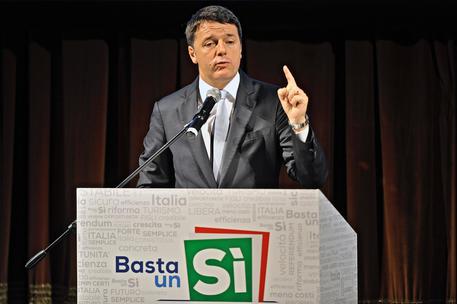 (ANSA) - Rome, September 26 - The Italian government is scheduled to meet on Monday to decide the date of a national referendum over whether to accept or reject a Constitutional reform voted by parliament.
The vote is reportedly likely to take place either on November 27 or December 4.
Transport Minister Graziano Delrio on Sunday said the vote will not be a "referendum on the government".
"It is a very important appointment and I believe it should be held by discussing the substance, it is not a referendum on the government", Delrio said on the sidelines of a G7 summit of transport ministers held in Tokyo on September 23-25.
Premier Matteo Renzi has staked his political credibility on pushing the reform through and could quit if he loses the referendum on the revamp of the country's political machinery, which includes the controversial transformation of the Senate into a leaner assembly of local-government representatives with limited powers to cut costs and make passing legislation a faster process.