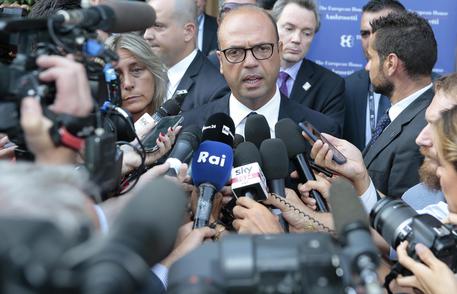 (ANSA) - Rome, September 23 - Italy has deported a Moroccan woman who declared herself in favor of the so-called Islamic State (ISIS) terrorist group, Interior Minister Angelino Alfano said Friday. The 44-year-old lived in the city of Perugia and "displayed clear signs of religious radicalization, declared herself in favor of ISIS and published content on her Facebook profile that caused it to be shut down," Alfano said. "She expressed marked hostility towards Shiite Muslims, Western countries, Jews, and unbelievers," the minister explained.
The woman also commented on a Facebook post that said: "Believers who emigrate and conduct jihad in God's name can expect God's blessing, and I hope to be among them".
"Amen, I hope so too," the deportee, who was flown from Rome's Fiumicino Airport to the Moroccan city of Casablanca earlier in the day, commented on Facebook.
"The strategy of prevention is fundamental for us," Alfano went on. "We are committed on this front with perseverance and determination".
Today's deportation brought to 116 the number of people expelled since the start of 2015, of which 50 were expelled this year.