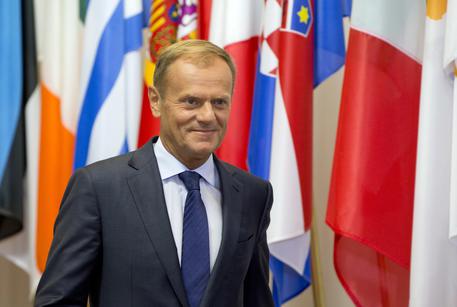 (ANSA) - Brussels, September 14 - The European Council on Wednesday gave final approval to regulations for the new EU agency of coast guards and border guards. The written OK paves the way for the agency to start up in mid-October, Council sources said. On June 22 the Council said it, the European Parliament and the European Commission had reached a deal on regulations governing a new agency of EU border guards and coast guards. The agreement was in line with a request by the EU leaders' summit to wind up talks before the end of the Dutch duty presidency at the end of June. New border guards are part of concerted action to address the migrant and refugee emergency. photo: European Council President Donald Tusk